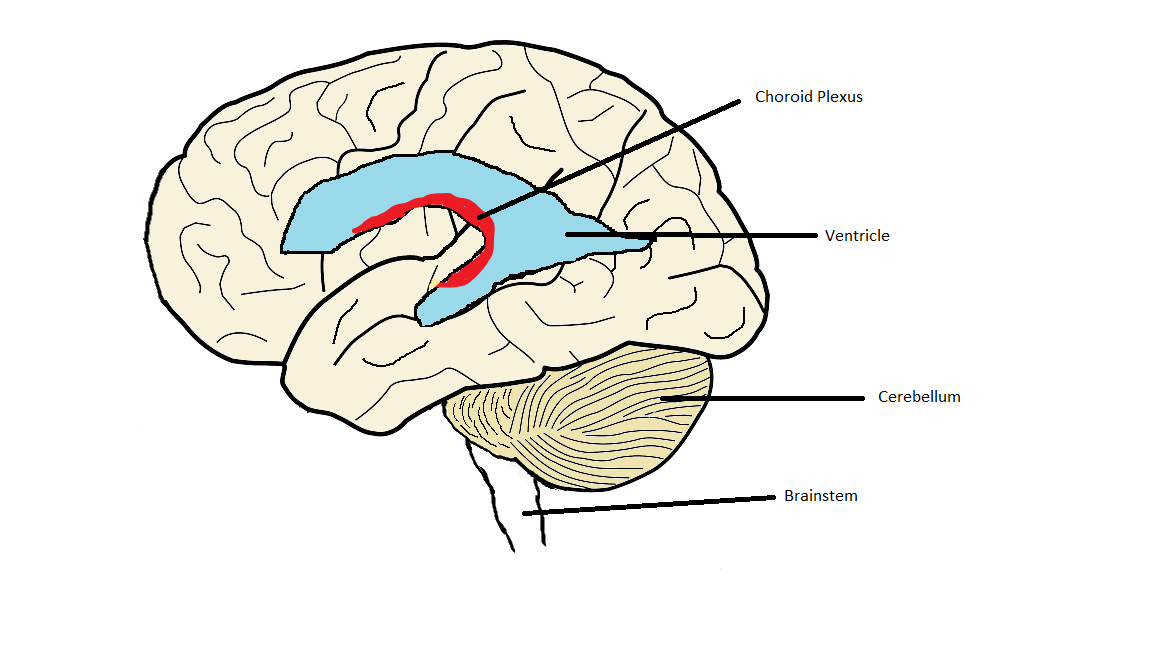 There are several different types of bleeding that can happen in a premature baby's brain, the most common is intraventricular hemorrhage (also referred to as "IVH") which is what is discussed here.

Why does it happen?
Premature babies are at risk for bleeding in the spaces inside their brain called the ventricles (see the figure at the bottom of this post).  There are very fragile blood vessels within the ventricles that can easily break and lead to bleeding.  You baby will likely have a head ultrasound within the first few days of life (similar to the ultrasounds that were done during pregnancy, so no radiation and no significant stress on the infant) to look and see if there is any bleeding.  This will be done at the bedside and uses the anterior fontanelle, or soft spot, on the top of the baby's head to get a view of the brain.  If any bleeding is seen, your baby's doctors may want to get another head ultrasound in a few days to monitor the bleed and make sure it is not getting worse.

What are the long term effects of IVH?
​That depends on how big the bleed is.  The radiologists (doctors who specialize in reading, xrays, ultrasounds, MRIs, CTscans etc) that look at the images of your baby's brain will grade the degree of bleeding.
There are 4 grades:  Grades 1 and 2 are most common and often these babies have no long term complications.  Grades 3 and 4 are the most serious. Because these bleeds can affect the brain tissue, they may result in long-term brain injury.  This can't be determined while your baby is in the NICU and so it is really important that your baby is followed closely by their pediatrician as well as either a pediatric neurologist or pediatric neurodevelopmental specialist.